This week, we played bench ball in PE.

"It was really fun!" - Jessica

We have been looking at poetry this week. We have written our own poems about gardens and nature.

"We learnt about free verses and rhyming patterns," - Tara

This week has also been Diversity week and we have learnt about Jean-Michel Basquiat. We created Diversity Graffiti artwork inspired by him.

"It's interesting learning about the art he did" - Ella 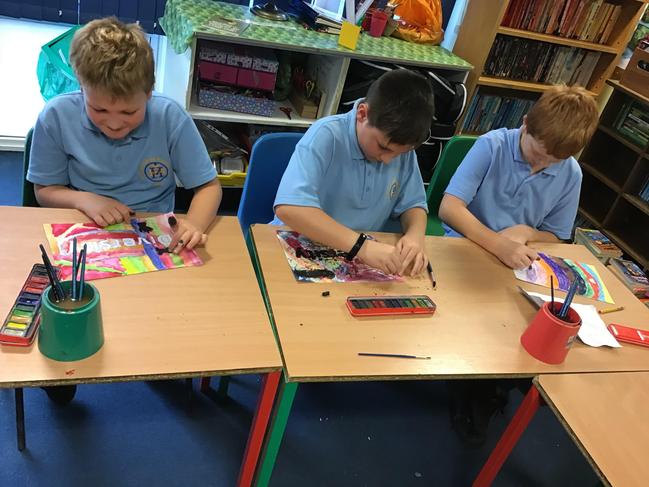 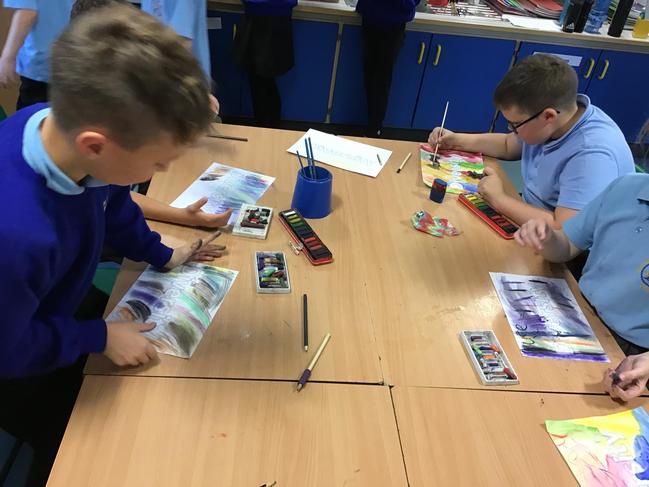 We have been learning about line graphs in maths this week. We used computers to create line graphs on Excel spreadsheets.

'I thought they were tricky but I managed to solve them.' - Charlie

This week was also Class 5's assembly. They told the school all about allotments and the learning they have done this term. They did extremely well in their assembly, speaking clearly to the school and remember their lines.

'I was scared but it was really good in the end.' - Tiana 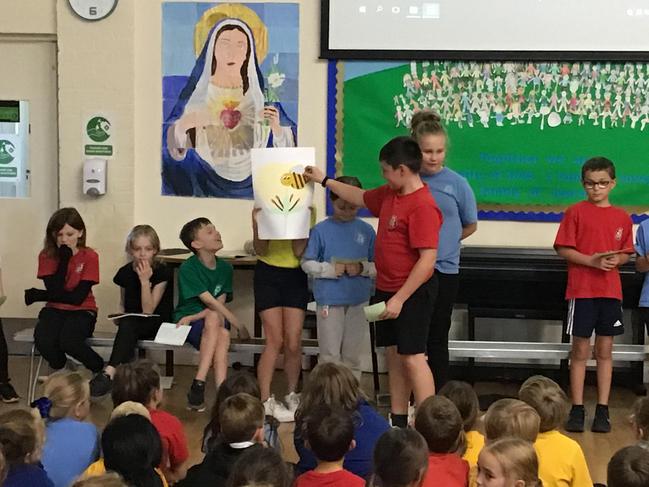 This week we have been looking at the artwork of Georgia O'Keeffe. We explored her use of tint and shade to recreate her artwork.

"It was really fun this week," - Ella

We have also been writing descriptive stories based on The Secret Garden. We have spent the entire week adding to our stories and practising our editing skills.

"I liked using the thesaurus, it was really fun!" - Issy

An extract from Kaelan's story;

'After a few seconds, Harry was anxious and confused, he had so many questions but he decided to keep them to himself. The green monster scuttled away into a different garden. Cautiously, Harry decided to follow the mysterious, fluffy, green monster through the cave.' 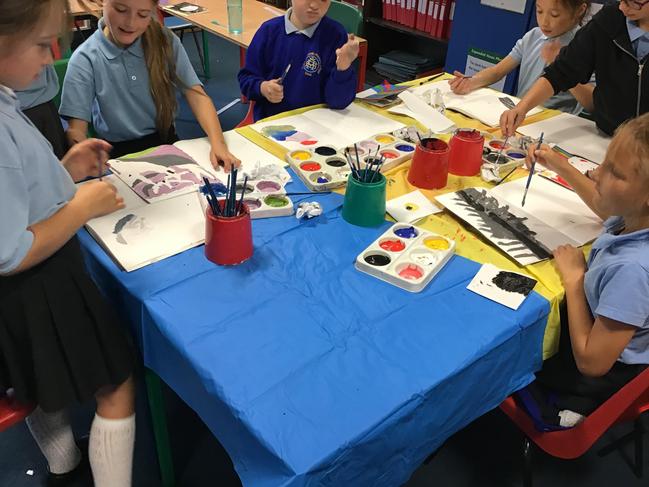 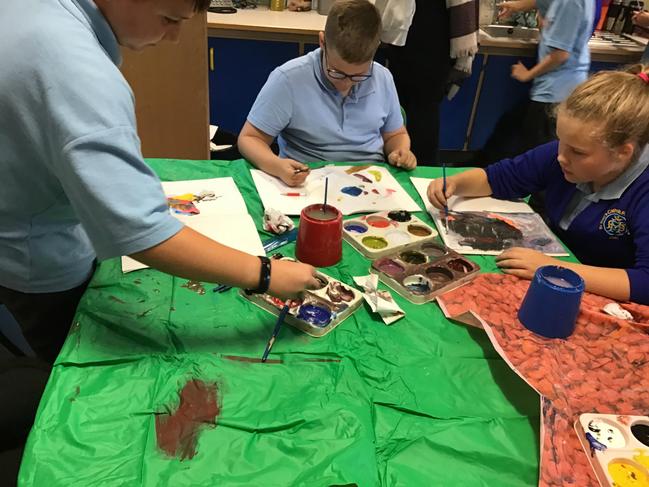 This week we have been reading The Secret Garden and described using the author's language for inspiration. We made bread during cooking and described how it tasted and why yeast is important. In Maths, we have been learning the column method for addition and subtraction.

"It was fun to make bread and eat it!" Scarlett. 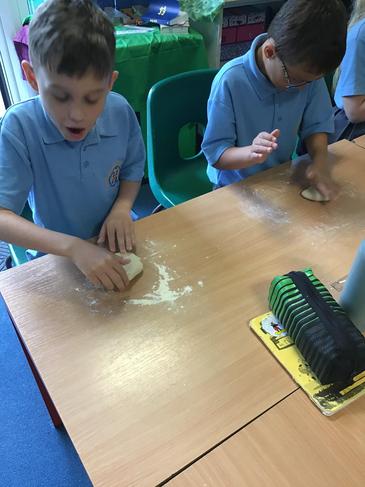 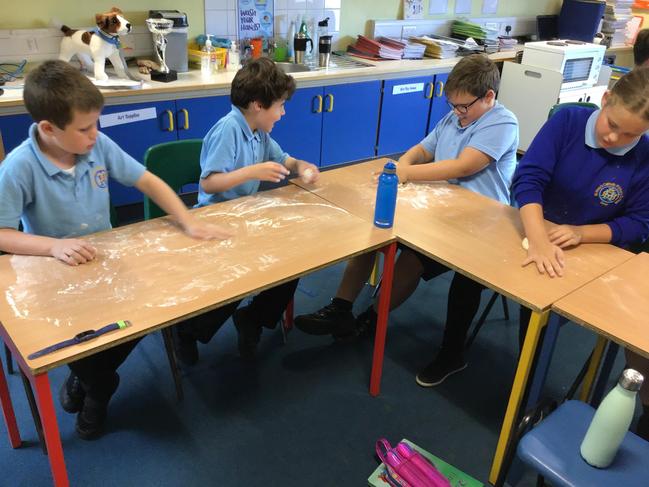 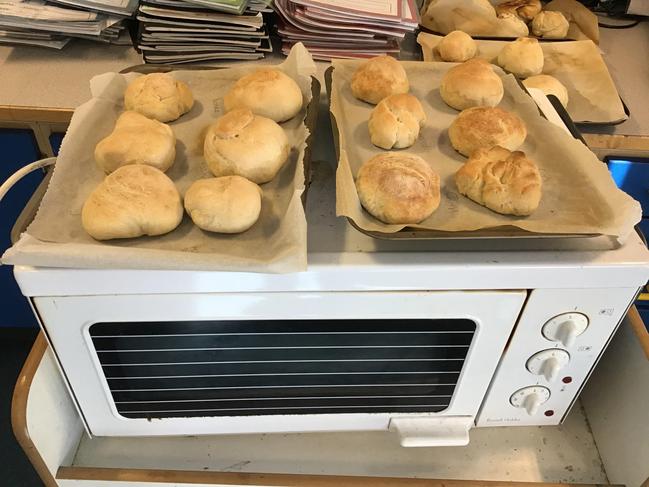 In maths, we have been learning about Roman Numerals. "I think it was clever and good to learn about it," said Ella.

In science, we have been doing an investigation about the germination of cress. "It was interesting, I was surprised that the one in the cupboard grew and was yellow," said Harry R.

In PE, we were learning about teamwork games and new field activities. "It was exciting!" said Ethan.

In our Allotment topic, we have been focusing on geography and looking at where different fruits originated from around the world.

This week was also Class 5's Liturgy. We spoke about our Unique God given gifts and recited a poem that we had written together. A big well done to Charlie, Kareem, Harry, Yasmin and Yvonne for their part in leading the Liturgy. 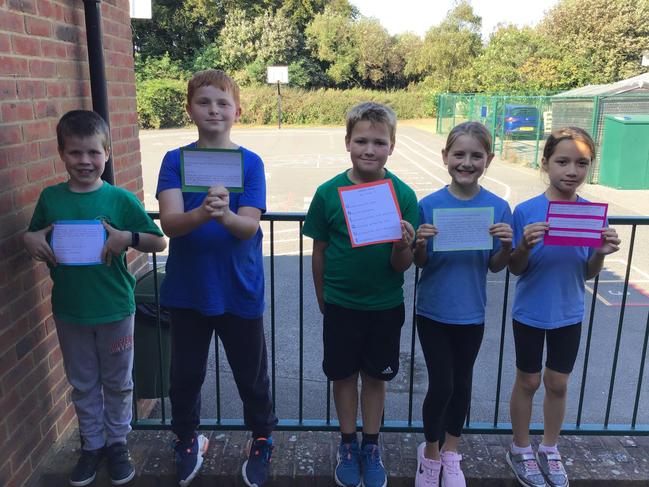 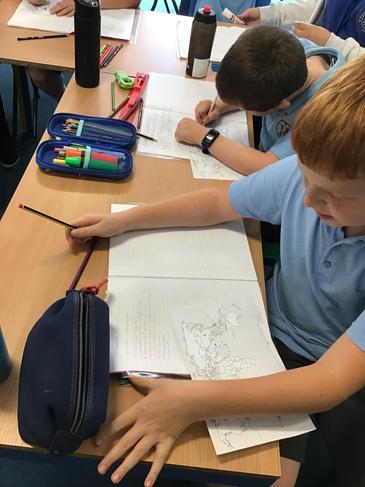 We went to Walmer Castle and met Sarah (the gardener) who told us all about the plants in the Kitchen Garden.

"She was helpful telling us about the plants," said Fallon.

"Sarah helped us learn about allotments by telling us about the food and flowers she grows," said Tara.

We drew the wonderful colourful flowers in our sketch books. During lunch time, we ate our lunch on the Oval Lawn and played games.

"Sarah let us have special permission to take some of the flowers back to school," said Ethan. We are planning to press these flowers. 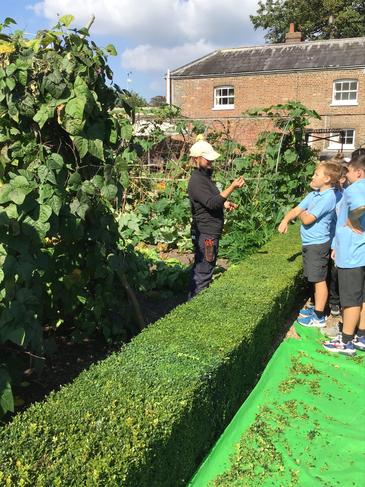 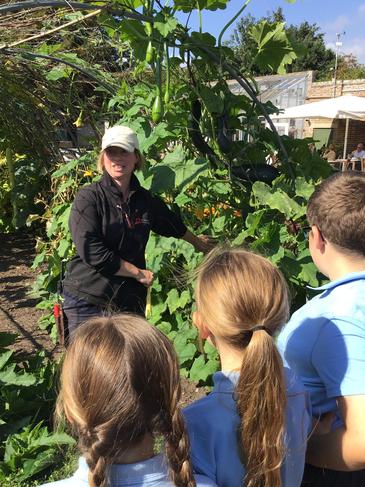 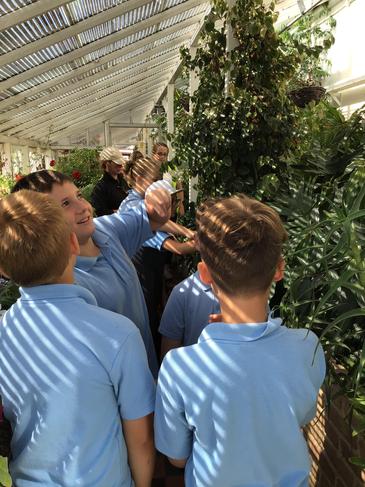 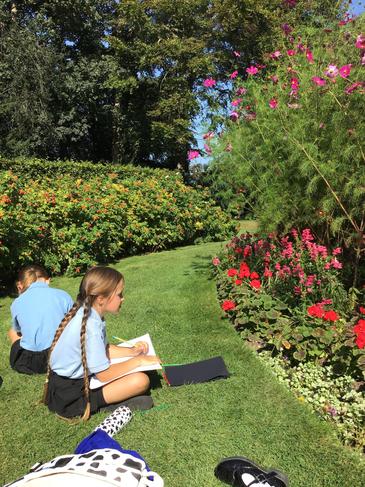 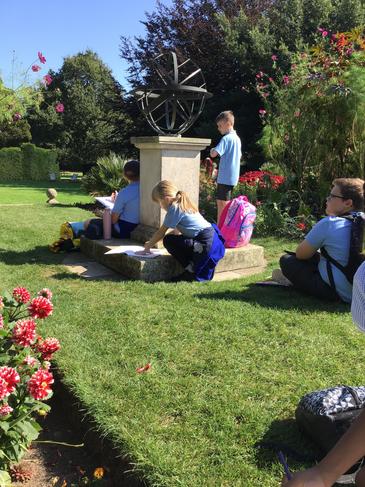 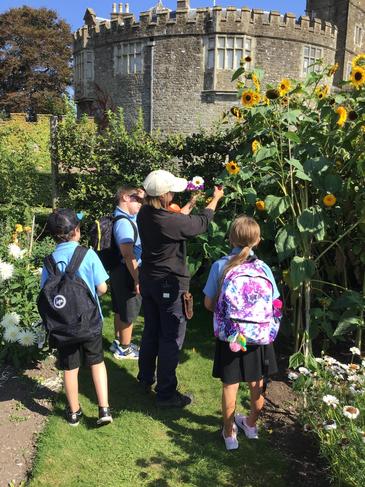 This week we had Forest School. We made "a functional waterslide" (Ethan) and roasted marshmallows on the campfire that we built together. We learned how to create a fire using flint and steel.

"We got to climb trees which was good fun," said Jessica.

Harley said, "It was really fun in the woods!"

"I played hide and seek with Charlie, Harry B, Kasper, Tiana, Theo and Harry R, Kasper couldn't find us, it was good!" said Kaelan. 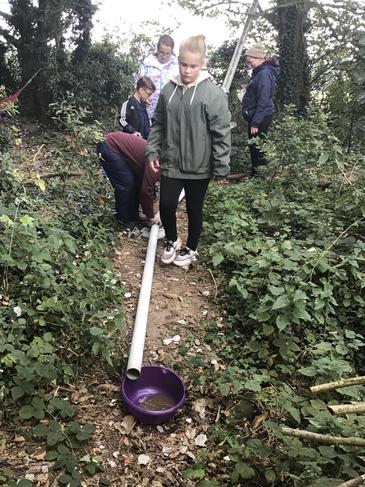 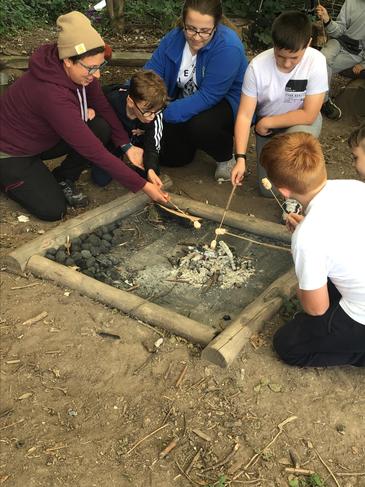 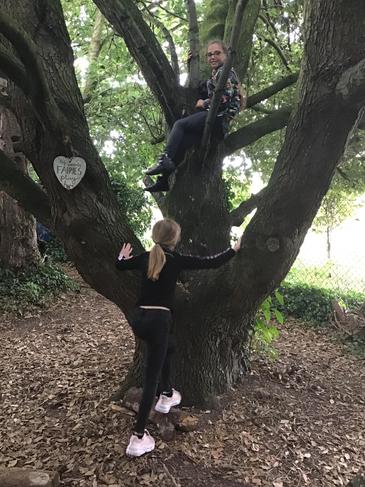 On Monday, we made tabbouleh and we planted Cosmos seeds as well as making observational sketches.

Kaelan said, "My seed is starting to grow already!"

In Maths, we have done rounding and place value.

"It was good and tricky, you really have to pay attention to the number," said Theo.

This week, we have started doing athletics in PE and enjoyed throwing javelins. 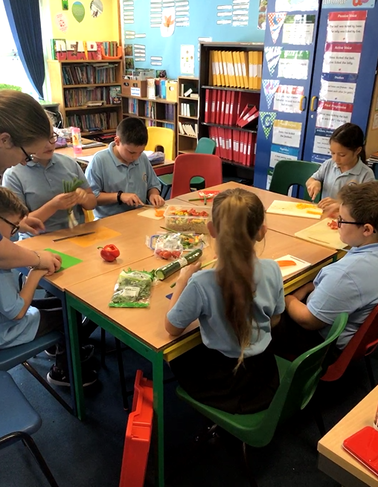 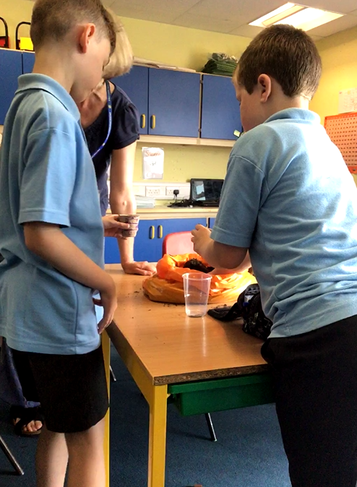