As we began our project looking at the lives and culture of the Ancient Egyptians, we researched the geography of the country. We located the modern day capital city of Cairo, plotted the River Nile, found the location of the history rich Giza (home of the Great Pyramids and the Sphinx) and the modern city of Luxor which is built on the remains of the Pharaoh's capital Thebes. During our atlas work we also discovered a city named Alexandria, which we learnt was named after its founder King Alexander the Great of Macedon. 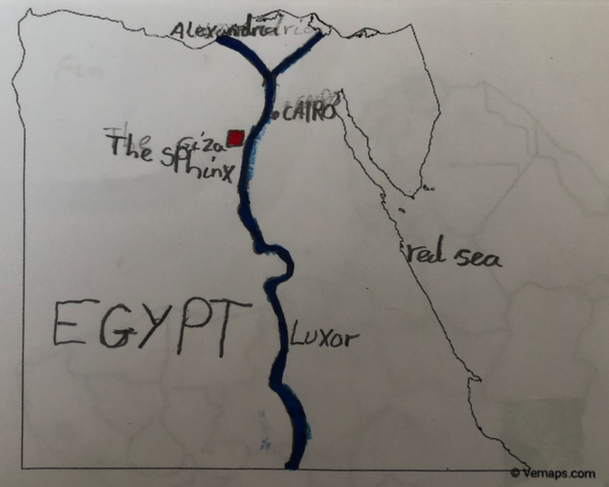 In maths we have been practicing using the Singapore bar method to support our use of the four main operations.

Singapore bar method is a pictorial representation of a problem or concept where bars or boxes are used to represent the known and unknown quantities. 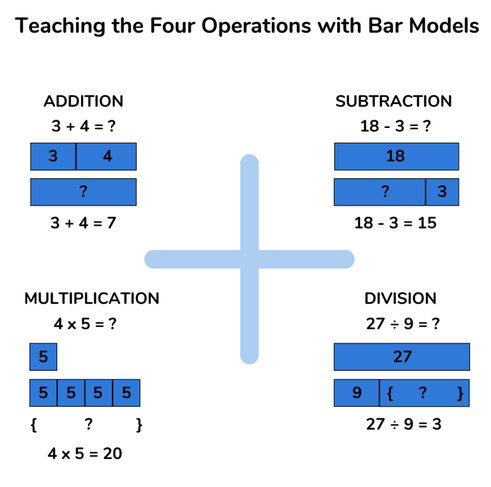 We used counter and bar model drawings to help us solve Easter problems. 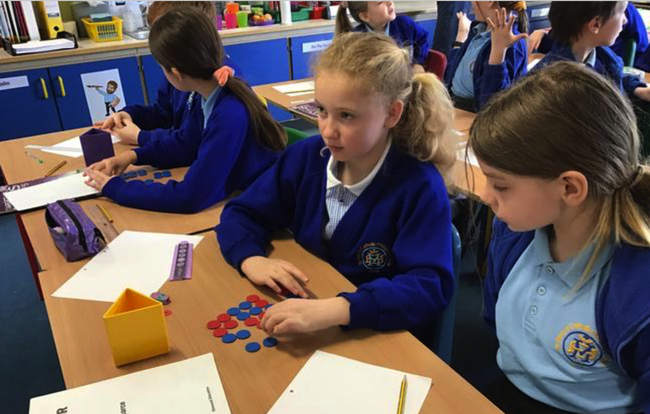 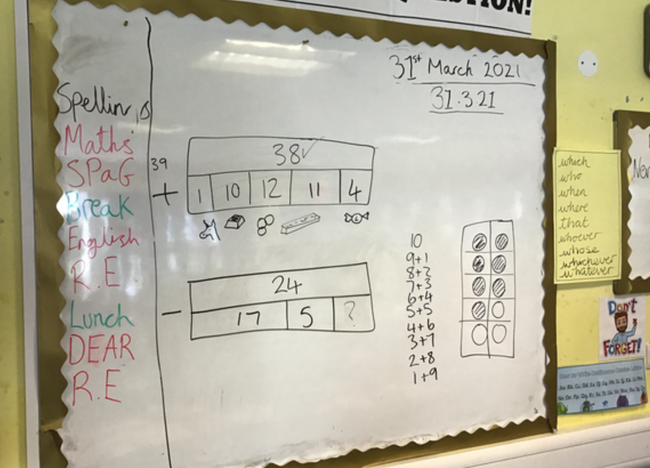 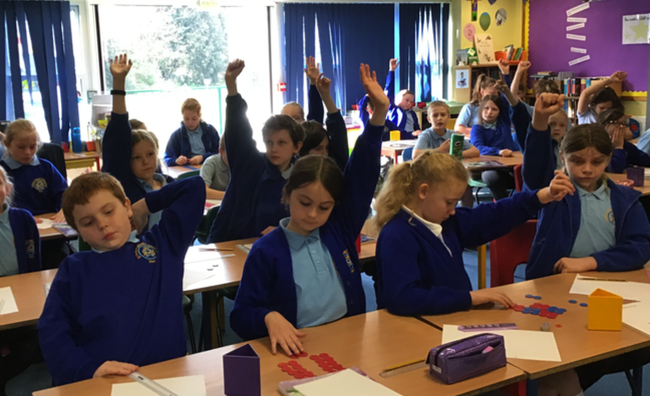 If you would like to learn more about bar modelling to support you child, check out this link to BBC Bitesize!

During this term (4) we have been learning about the features and characteristics of land use in agricultural regions across the world. An idea we had as a class was to re-purpose the old and tired flower beds into a raised vegetable and fruit patch.

However we had one big problem! We would need permission. As a class we came up with the idea of writing the most persuasive letters possible to Mrs Pullen in the hope that she might let us.

First, we created a bubble map of all of the great reasons why we should be allowed to create a working vegetable garden.

We then used our previous knowledge of persuasive writing to create a must do checklist, this ensured that our letters were really convincing! 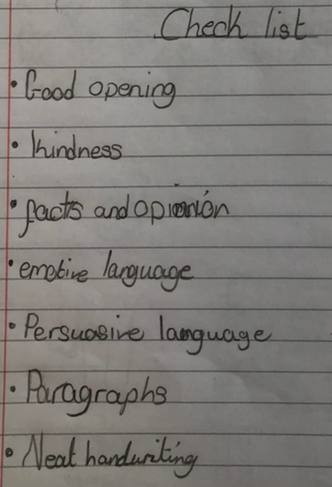 Check out some of our letters below: 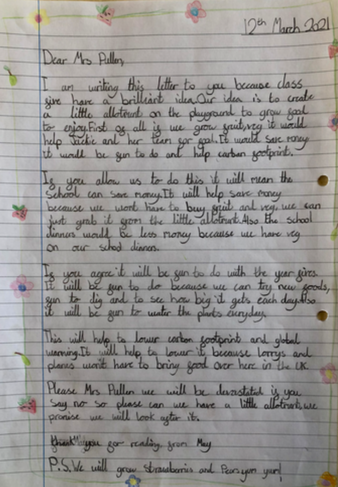 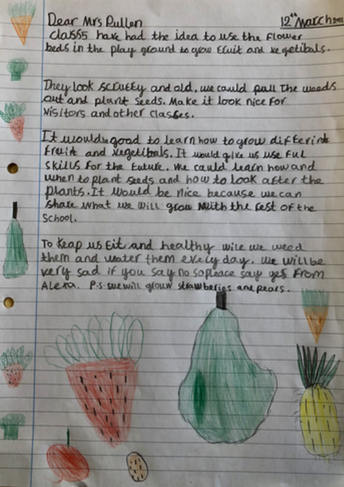 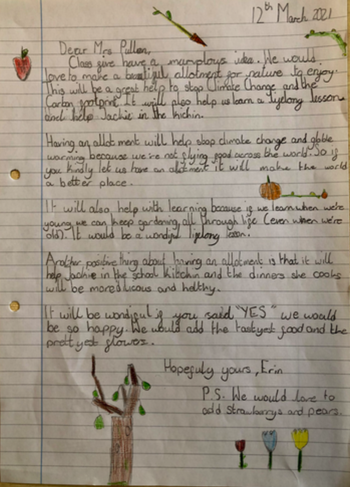 SCIENCE - Why does milk go off?

During our study of Ancient Egypt we carried out a scientific inquiry into how and why milk goes rancid. In Ancient Egypt milk played an important cultural role, with both a religious significance and health benefits. The last ruler of Ancient Egypt, Cleopatra, was even said to bathe in fermented milk to keep her skin young and soft! Read the below work written by a pupil:

"First we selected four different kinds of milk/substitute: Semi-skinned, UHT, Almond and Soya. We then carefully measured the same amount of each of our milks into clean containers. The we put took initial readings using universal indicator paper (litmus paper) before putting the milks in the same location to ensure a fair test."

We then tested our milks every day for the week and recorded our findings in the table below:

Using the skills we had developed in our maths lessons, we plotted our results onto a line graph. This helped use to see visually the changes in acidity. See one of our graphs below: 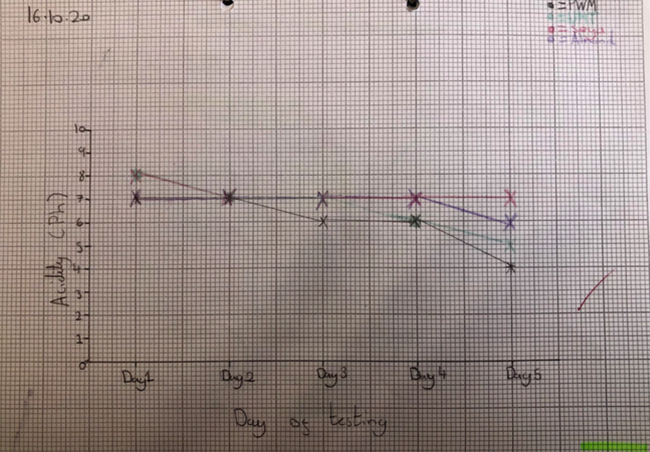 Using our date we were able to conclude:

"Pasteurised semi-skinned milk and HUT milk had the highest changes in acidity because they have lactose sugar in them which meant that they developed lactic acid. These milks began to clump together and for harder curds. The substitute milks that were not dairy were found to be less acidic after 5 days as they did not develop lactic acid."

Earlier in the year we explored the artefacts of Ancient Egypt. We were all captivated by the grotesque burial ritual involving mummification and canopic jars.

Within art, we developed our sculpting skills by first creating pinch pots. We used our thumb and index finger to carefully press out the clay from a ball into a small jar.

We then developed our canopic jars by carving an intricate lid based on the Gods of Ancient Egypt.

Finally we painted our canopic jars using golds and blacks to signify the wealth of those who would have had their organs preserved. 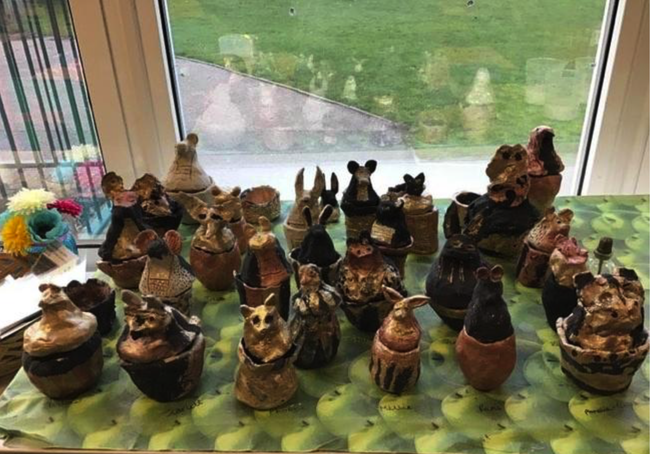 We explored the various royal crowns of Ancient Egypt and their importance in signifying wealth, importance and divinity. Within art, we combined this with our learning about the sacred carvings of the Egyptians and designed our own royal crowns featuring our names in hieroglyphics. 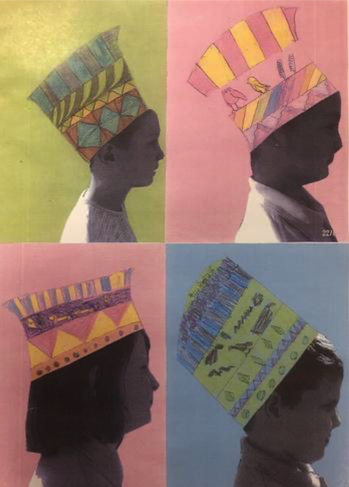